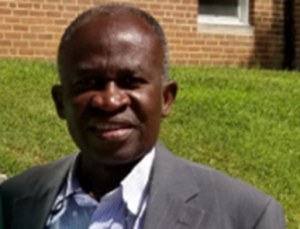 I met Brother Thomas (Francis) McCrae, 1962, when I was about 11 years old during the sleepover, which was then a part of the entrance interview at Saint Joseph’s Secondary School (SJC). He was a young man of about 30 years old. Brother Bernard was our principal, while Brother Thomas was his able deputy. With his physically dominating presence, Brother Bernard brought out the best behavior in every student whenever he was around, at a hearing distance or when there were rumors he was around the corner. He was mostly around the school premises and rarely in the dormitory area.
In contrast, Brother Thomas was everywhere. He would catch you just when you had assured yourself that you are safe and have escaped with breaking the school law. No hideout was secure enough. He knew every nooks and crannies of the campus, and those of the bushes around the school. The element of surprise and guilty conscience overwhelms when you are caught. Brother Thomas uttered no harsh words of admonition. He would let you know that your little game was up, and he encouraged you to abide by the law. Some of those pranks included missing classes, missing masses, missing prep, unauthorized trip outside the campus, etc. He was the silent and efficient operator.
Residing in Canada and the USA increased my appreciation for the sacrifices of Brothers Thomas, Bernard and the other La Salle Brothers. These God-fearing men gave up themselves, family, money and other career choices and the comfortable living conditions in Canada/USA to develop the school and the young men of SJC. Ondo in 1959 was under-developed even by the town’s standards today. The town has grown over 20 times over the years. There was no pipe born water, electricity or telephone in the town. St Joseph’s was just the fourth secondary school in Ondo after Ondo Boys High school, St Louis and St Monica’s.
Unlike other schools in town, the SJC financially supported a good proportion of the students. The school did not send out any student because of their inability to pay fees. The school was very creative in customizing scholarships or financial assistances to every student with needs. So many indigent students like me could not have been able to attend a secondary school without SJC and the reverend Brothers.
In addition, SJC taught the students how to study. The Brothers taught any subject as needed by the school. Brother Thomas taught Biology, Chemistry, English, etc. We were regularly tested during the school year and there was no end-of-the year or end-of-term examination pressures. No cramming and students learnt to understand and appreciated the essence of every subject. This SJC learning legacy was invaluable in my journey through Higher School Certificate, undergraduate and graduate schools.
I re-established my contact with Brother Thomas a few years ago; about sixty years after the first encounter. His indelible sacrifices were still fresh on my mind and I did not hesitate to let him know my willingness to contribute to his retirement and his organization. He replied he was well taken care of and his La Salle organization was doing fine financially. I was humbled. Here is a guy that took the vow of poverty, obedience, celibacy and service … etc. in his twenties. In his eighties he is satisfied and lacks nothing!
Brother Francis, your life and those of the members of your organization are living treasures for humanity and your journey through life is worth our emulation. As St James (2:18) wrote: “… I will demonstrate my faith from my works”. We have seen your faith through your works. May God bless you.