I became a student at St Joseph’s College by choice. Apart from being the best school in town at the time of my admission, I had two cousins, the Ajao brothers, (Taoheed and Rafiu) who were already students of the institution and who regaled me with tales of the near-paradise lifestyles of boarding students in the school managed by a group of De La Salle Brothers from Canada. Moreover, my late father had the strong belief that you either went to St Joseph’s or you go and learn a trade.
So, even before I got to the school, I had heard of two of these wonderful Brothers: Brother Bernard Broderick and Brother Thomas McCrea.
On resumption in the school and almost daily, I encountered Brother Thomas. Early every morning, he went round all the dormitories twice to wake us from sleep with his famous refrains -‘Rise and Shine ‘ and O ya o, o ya ya ya o..He was with us in the school chapel, in the classrooms, in the dining hall, in the kitchen, on the football pitch, with the cooks and the laundry men. You would also see him go round late in the night after the lights out, to ensure that we were safe. In short, he was everywhere.
In later years, I concluded that Brother Thomas was only demonstrating that he was (and I am still sure he is) a true driven by agape love to have make these enormous sacrifices for his wards at St Joseph’s.
He operated a style of administration that aimed to convince you to see how right or wrong or even foolish your actions or inactions are. As Principal, he never harassed, bullied or coerced his students. 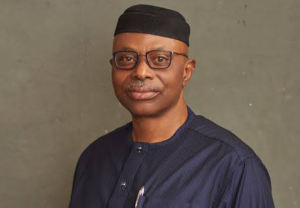 He was a great democrat, allowing students to freely express their views on various issues. He taught us to be bold before anyone, including himself and encouraged us to make our positions known on any matter affecting us as students and the school as an entity. The culture of democracy at St Joseph’s fired some of us to become politicians later in life.
An incident that continues to linger in my memory is when a local menu (Eko agidi and efo riro) was introduced into the school’s elitist menu by the Food Master who incidentally was an old boy of the school. The students rejected the menu and Brother Thomas ordered a reversal to the old order, saying it was legitimate to protest against what you do not want or like. I also remember some of his encounters with some students on matters of discipline. Even when they were wrong, these students would insist on the excuses for their bad behavior and still get off the hook with Brother Thomas. In retrospect, it is only in St Joseph’s of those days and under Brother Thomas that some of those students could have completed their secondary education. Elsewhere, they would have been thrown out of school.
Even in his simplicity, Brother Thomas was very firm on many issues. When I experienced a brutal attack from some of my classmates following my movement from the ‘B’ arm to the ‘A’ arm in our class 4 in 1969, Brother Thomas who initiated the movement refused to return me to the ‘B’ arm.
Brother Thomas was a great motivator and encourager. On one of his trips out of town, he took me, Tomide Oyebola and Taiwo Akinkuolie along with him to the campus of the University of Ife (now Obafemi Awolowo University). After driving round, the beautiful campus, he asked if we liked all that we had seen. He encouraged us to work hard if we aspired to become students in the institution. As it turned out, two of us later made it to Ife while the third person ended up at University of Ibadan, where, incidentally, Brother Thomas had taken him to on one of his trips to Ibadan.
As you turn 90 Brother, I wish you long life in good health and a sound mind. May the peace and joy of the Lord be your portion in the remaining days of your life.