My name is Taiwo Akinkuolie. I was a student at St Joseph’s College from 1966 to 1970. My student’s admission number was 482. I was also a junior teacher in the school from January to September 1973, when Brother Thomas spent his last days as Principal of that great School.
My experiences as a student in the H. Sc. program in a neighboring School (Gboluji Grammar School, Ile-Oluji) from 1971 to 1972, and as a member of the Board of Governors of St Joseph’s after the exit of Brother Thomas all gave me the unique opportunity of appreciating the outstanding qualities and style of management of the enigma in the approximately seven years, he was Principal of the school.
Brother Thomas was a man of love. It takes one who has love for his students to, without being compelled, go round all the dormitories every early morning to wake students up, prepare us for chapel, motivate us with those encouraging exhortations and then release us to go for our breakfast where he was also present to ensure that we were served quality meals in the right quantity. I can never forget those morning ‘Rise and Shine’ and ‘Oya o, o ya, ya ya’ that were designed to wake us from sleep
He was a good listener. It was only after I left St Joseph’s and was a student under another Principal that I appreciated those moments when as students, we would freely canvas our usually pedestrian positions on issues with Brother Thomas and get away with them without being punished. Rather, he would bend over backwards to accommodate those laughable positions we took on matters of discipline and general administration. This experience till this day, has shaped my relationship with those under me, it has also helped me to advance my positions on issues before my superiors. 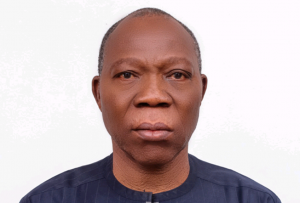 Brother Thomas was firm in his handling of student matters. He ensured that his instructions were carried out to the letter. Where there was the need for flexibility, he allowed for it. Little wonder then that there was not a single student unrest during his tenure. But for his liberal but firm approach to disciplinary matters As, some erring student would have been expelled from school for bad conduct and would possibly have ruined their destinies permanently. As a junior teacher under him, all the teachers worked with a common purpose. At our staff meetings, he allowed members to participate freely in all deliberations with some members making some undoubtedly frivolous suggestions, a practice that yielded quality decision on matters under discourse.
He showed total commitment in every department of the lives of students- in the field of sports, in the dining Hall, in the classrooms, in the laboratory, in the library, in the kitchen, in the evening preparatory classes- most times folding his hands behind his back and walking smartly and briskly and wearing a warm and friendly smile as he walked along. It would be interesting to see how Baba 90 now carries himself.
One of the enduring lessons of the limit of liberty that I learnt under his tutelage is that in exercising your own freedom to do a thing, recognize that another person’s right must be respected. He used to say “You have the freedom to swing your hands anyhow and in any direct that pleases you, but in doing so, the moment you begin to hit another person beside you, you no longer have that right “.
He was accommodating of our youthful exuberances almost to a fault and respected our culture and and traditions to the point that he even tolerated some students who took advanced this disposition to lie to justify their improper conduct.
Brother Thomas desired a great future for all the students. Apart from his usual exhortation along this line, he demonstrated this practically. I can never forget one morning when he saw Rahman Mimiko, Tomide Oyebola and myself playing near the school chapel and he invited us to go out with him in his car. We ended up at the University of Ife (now Obafemi Awolowo University). After driving round, the school campus, he asked us if we like all that we saw. We answered in the affirmative. He then said, ‘My boys, if you like what you have seen, work hard so that you can come here’. To the glory of God, both Mimiko and Oyebola ended up as students of the institution.
On another occasion, he took me along on a journey to the Central Schools Board, then in Ibadan. After completing his assignments, he headed for the campus of the University of Ibadan. After driving round, he asked me which of the two universities I liked better. I told him I preferred Ibadan. He said, ‘Work hard if you wish to be here’. Those words of encouragement fired me up. Again, to the glory of God, I ended up as a student at the University of Ibadan.

One of the excuses present day governments have against the return of schools to their original owners is that such Proprietors will impose their religion on all students in the institutions. It is on record that Bro Thomas and the two Principals before him respected the rights of every students to practice their religion unhindered. The Anglican students were allowed to go to the Cathedral in town on Sundays just as the Moslems among us were released to go to the Central Mosque every Friday. This liberal attitude to worship even encouraged some smart students to go to town on Fridays and Sundays, while also avoiding the daily early morning worship in the school chapel.
Among other things, Brother Thomas was friendly, warm and caring towards all his wards. In our occasional clash with students from other sister institutions in town and around, he always defended his students.
His selfless service at St Joseph’s is unparalleled and will continue to ring bells in the heart of all of us who were privileged to study and work under him. You have left an indelible footprint in the sands of time at St Joseph’s.
Here is wishing you sir a memorable celebration at 90, in good health and sound mind. For all you have done at St Joseph’s, May the heavens reward you, B Thom in Jesus name. Have a wonderful celebration Sir.