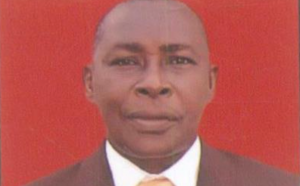 Brother Francis Thomas McCrea successfully played the role of a father who took good care of his numerous children by molding our lives in preparation for adulthood.
My first close interaction with him was in my first year at St. Joseph’s College (SJC) precisely sometimes in April 1967 (my first term in form one)
On this day, the Principal of Ondo Boys’ High School who was my uncle then (Late Rev. Canon J.A. Iluyomade) arrived at the office of our Principal (Bro. Thomas) to inform him about the demise of my father whom I had visited at the University College Hospital (U.C.H) Ibadan few weeks earlier during our midterm break.
Bro. Thomas sent for me from the classroom and on getting to his office he handed me over to his colleague i.e., my uncle (Principal O.B.H.S). The sad news was broken to me and my elder sister (a form 3 student then at St. Monica’s Girls Grammar School, Ondo) at the Principal’s residence in Ondo Boys High School.